Derbyshire's faith leaders, including The Rt Rev, Libby Lane Bishop of Derby, are inviting the public to come together in prayer for and solidarity with the people of Ukraine during an interfaith prayer vigil at 3pm on Sunday 3rd April at Derby Cathedral. 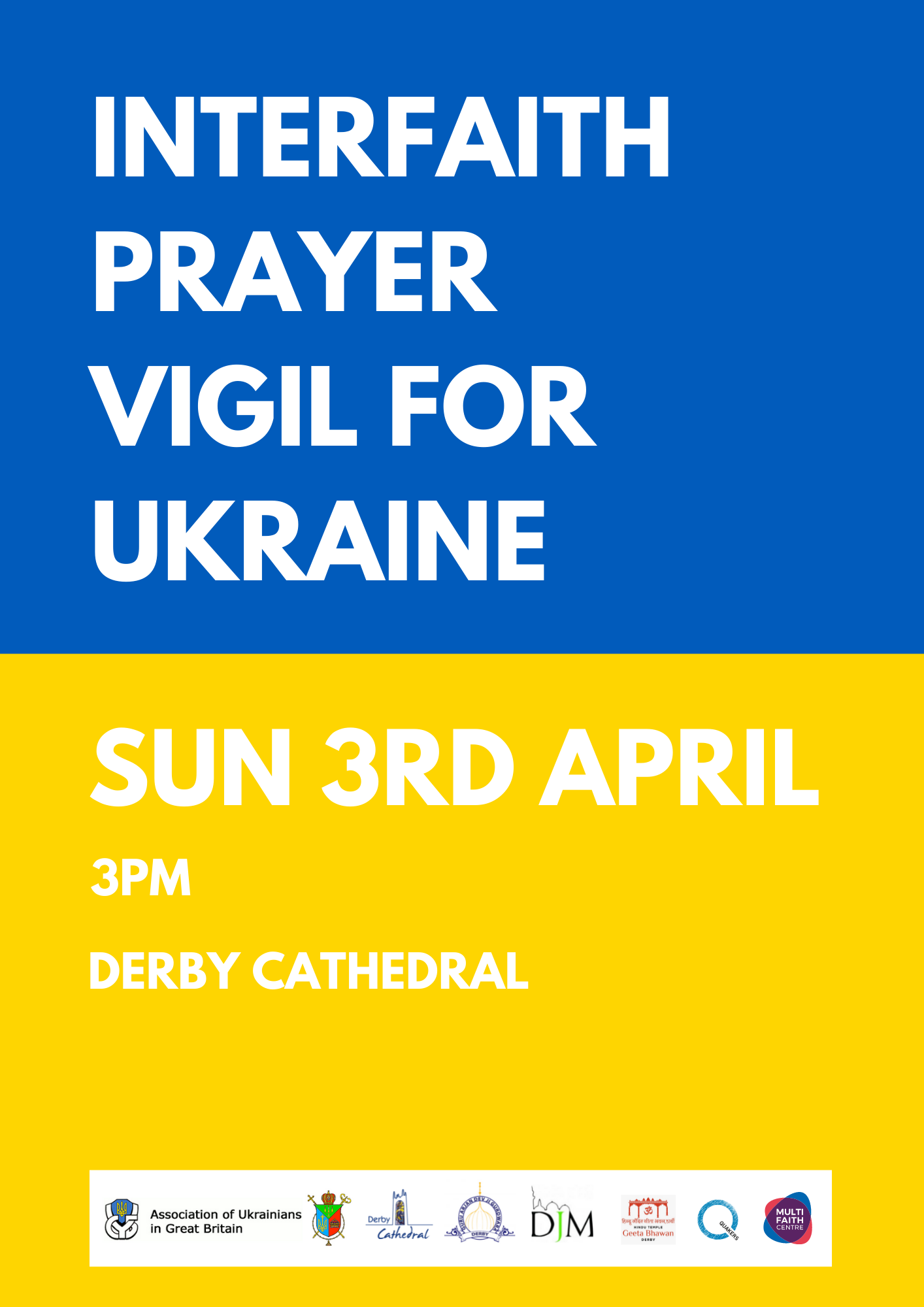 Christian, Muslim, Sikh, Hindu, Jewish and Quaker representatives are scheduled to speak at the vigil scheduled from 3pm to 4pm, and people in attendance will have opportunities for quiet prayer and to light a candle for an end to violence and suffering.

According to research carried out by the International Organisation for Migration between 9 and 16 March, the United Nations refugee agency estimates ten million people have now fled their homes in Ukraine because of the Russian invasion. As well as the 3.6 million who have left for neighbouring countries, another estimated 6.5 million people are thought to be displaced inside the war-torn country itself.

Peter Robinson, Dean of Derby Cathedral comments: "What people in Ukraine have experienced is beyond comprehension. This vigil is a way for people of all faiths and none to show their support for all those affected by this crisis. It is an opportunity for everyone to offer their prayers to God that all those affected should find comfort, that there will be an immediate end to bloodshed and a speedy and peaceful resolution. The fact that this demonstration of support is coming from different faith traditions is, I think, especially powerful and an opportunity for faiths to both pray and work together for the common good".

Dr Vivekanand Sharma, Temple Priest at Hindu Temple Geeta Bhawan in Derby says: “The suffering and pain of the Ukrainian people is felt by the Hindu Community and we sincerely pray that a lasting solution to the current crisis is found very soon and life returns to as normal as could be under the circumstances. On behalf of the Hindu Temple and Membership, we pray for peace and tolerance in Ukraine”.

Chief Imam Mufti Hafiz Fazal Ahmed Qadri from Derby Jamia Mosque says: "We believe there's power in prayer. We're not going to change the course of events, but we can certainly express our pain and our commiseration with the people of Ukraine. We stand united with all those affected by war and conflict in Ukraine, Kashmir, Afghanistan and many other places around the world."

Tags: Derby, Community
Back to Listing Next