Ordinary People, Extraordinary Lives focuses on the lives of six children who came via Kindertransport from Poland to Talaton in Devon. 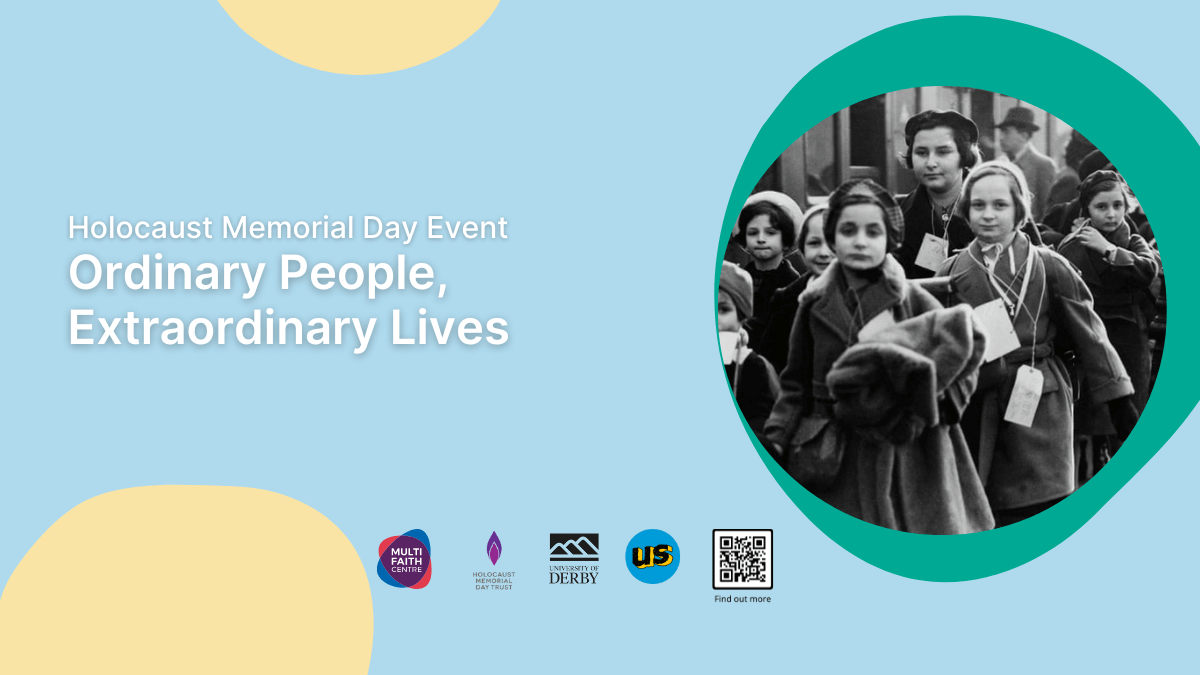 The Kindertransport was an organised rescue effort of children (but not their parents) from Nazi-controlled territory that took place prior to the outbreak of the Second World War.

The United Kingdom took nearly 10,000 predominantly Jewish children from Germany, Austria, Czechoslovakia and Poland. The children were placed in British foster homes. Often, they were the only members of their families to survive The Holocaust.

The mother and aunt of Tania Sanders, who lives in Derby, were among those children, and Tania will share her own experience through interview during an evening of remembrance and hope.

Join us for a very special evening, which includes live performances and film clips of excerpts from a play written by Tom Samson, an introduction by the playwright and Q&A session.

Back to Listing Next